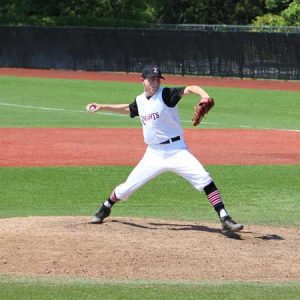 Congratulations go out to the In The Zone 18U Knights Showcase team for their performance this past weekend at the Mid Atlantic Elite Showcase Tournament which took place at Rutgers & Rider University.

The team started strong in Friday’s game 1 vs Boston Prospects behind pitcher JJ Istvan. JJ was very efficient in the outing, allowing him to come back again in the championship game on Sunday. 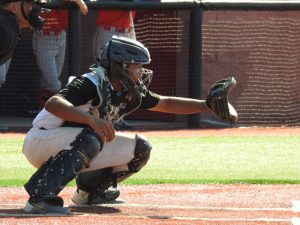 The team split their 2 pool games on Saturday, but finished as pool winners. Thomas Ippolito battled in the 2nd game Saturday through a tough inning defensively that put the team behind 8-2 going into the 3rd. He was able to hold the opposing team to only 1 more run the rest of the way and the 18U Knights turned on the offense, coming back to take the lead and win the game 11-9.

At the plate, nearly everyone contributed through the weekend with Jake Hall leading the way, making it to base safely by a hit or walk in nearly every at bat. Joe Paladino, Aldo Vallorosi, Steve Czyzyk, Chris Nunez, and Tim Lallis had great offensive production as well through the weekend. Catcher’s Justin Melick and Elvis Lopez were very strong behind the plate on what turned out to be the hottest weekend yet this year. 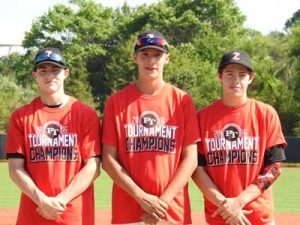 Sunday’s semi-final playoff game was a good close game, and with Ethan Brown on the mound, the ITZ Knights were able to hold on to their 7-6 lead over Matrix Prospects to advance to the championship game. Ethan showed great composure, getting out of a couple tough spots and maintaining a consistent approach to give his offense a chance to lock up the victory.

In Sunday’s final game at Rutgers University, JJ Istvan was handed the ball by head coach Andre Narvaez and he was unwavering in his performance. He gave the 18U Knights exactly what they needed to finish the tournament as champions. Through his complete game performance, JJ limited the Northern Valley Hurricanes to only 3 runs which came after ITZ put up 4.

The 2016 In The Zone 18U Knights Showcase team roster:

Any cookies that may not be particularly necessary for the website to function and is used specifically to collect user personal data via analytics, ads, other embedded contents are termed as non-necessary cookies. It is mandatory to procure user consent prior to running these cookies on your website.